Depew earns All State & All UP honors

Senior Captain. Team Leader. MVP. All Conference. The list of accolades for Logan Depew is long. Now he can add two more: All UP and AP All State.

The Newberry senior capped off his career with per game averages of 22.5 points, 7.8 rebounds, 3.2 assists, and 3.4 steals per game. His spectacular senior season earned him Co-Player of the Year honors in the EUP Conference and he led the Indians to a share of the EUP Conference Championship. Not too bad for a guy who had every other team game planning to shut him down and doing everything in their power to stop him. 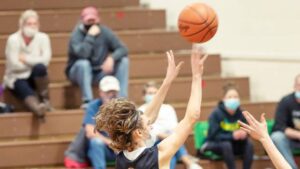 In recent voting for the All UP basketball teams, the Upper Peninsula Sportswriters and Sportscasters Association named Depew one of the best players in the peninsula, selecting him to the ALL UP Division 4 First Team. He was the sixth highest vote getter regardless of class, and missed the prestigious Dream Team by a single spot. He was the second highest rated Division 4 player on the ballot behind Jaden Boreseth of Ewen Trout Creek, who was named the Upper Peninsula D4 Player of the Year by the UPSSA. It is clear Depew was recognized as one of the premier players in the Upper Peninsula.

He topped that award Monday night when he was named to the Associated Press Division 4 All State Team. Depew’s hard work and play paid off with voters from around the state as the 11 member voting panel of writers from across Michigan chose him for the All State Second Team in Division 4. He was one of only three players from the entire upper peninsula to be picked along with Borseth (1st Team) and Rudyard’s EJ Suggitt (2nd Team).