Chris Nance is headed into the hall of fame

Saturday, May 14, will be a special day for one of Newberry’s greatest athletes. Chris Nance, who broke multiple records and lit up scoreboards during her time at NHS and in college with LSSU, will be inducted into the Upper Peninsula Sports Hall of Fame. The honor places Nance among the all-time greats in U.P. sports history. She will join only a handful of Newberry natives in the hall, and once inducted, Nance will be the first female athlete NHS alum to be enshrined. 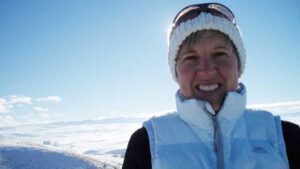 A 1991 graduate of Newberry High School, Nance earned varsity letters in volleyball, basketball, and track. She helped multiple teams win District and Regional Championships and was a member of three straight U.P. State Championship Track teams in 89, 90, and 91.

But it was basketball where she made her biggest impact. Nance was 1st Team All UP pick as a sophomore and junior, and earned the school’s first ever All State selection for a female basketball player after that junior season.

Despite missing time with a serious knee injury, Nance set 20 school records and is still the school’s all time leading scorer.

She led the Girl’s Basketball program to their greatest season in program history, reaching the state semifinals in 1989. Nance was a part of Newberry’s inaugural Hall of Fame Class in 2013. At LSSU, she contributed immediately as a freshman, was a four-year varsity letter winner, and earned All American honors. She is still ranked 6th in career scoring for the Lady Lakers.

“Those were some of the best days of my life,” Nance said.

Nance got her start in basketball because it featured two major things she liked: action and competition. She was influenced by mentors and advisors too numerous to mention, though some local input still sticks out in her mind.

“Mike Chisolm pulled me aside and told me if I practiced slow; I would play slow. That was constructive criticism meant to help me, and it did,” she said. “Jay Maki barked at me to take ONE step back and shoot a 3-pointer. I had never considered that before, but from then on, I did.”

Nance soon started lighting up scoreboards and dominating everything she did. As the hype and attention continued to grow, and colleges started showing interest, she still wasn’t sure what she could accomplish.

“Although I was skeptical, I started to think I could play beyond high school when I received my first letter of interest from a college,” she said. “That happened at the end of my sophomore year. What I had in high school was confidence and the athletic ability to play. The Hall of Fame was not on my radar, ever.”

Once at Lake State, she found herself battling the transition. “I could score points, but I didn’t understand the game,” she said. “I was well into my college career before I understood defensive rotations. I’m still not good at offensive x’s and o’s. Even if I could score, that was harder to do at the college level. I lost confidence my freshman year and then was setback with a second major knee injury. That was a really rough time for me.”

Nance credits her teammates for having her back, and cherishes that part of the game and her life as keys to her success.

She also credits a Western Michigan University summer camp, recommended to her by Keith Alto, for sparking her career—though she hated it at first.

“For a long time I blamed him and my mom for consorting to send me away all by myself. I cried while I was there and couldn’t wait to come home,” she said. “However that camp was the catalyst for my career and for that I thank them both.”

If she could, Nance would bring former NHS teammate Katie Hoy right into the Hall of Fame with her.

“If she was in bounds, she was in range!” Nance said. “She is the hardest working and most successful player I know. I am so impressed with her ability to succeed in everything she does.”

Hoy shared praise for Nance, who became a teammate, friend, and mentor to her. “She is a total team player, and led by her actions and consistently calm game demeanor,” Hoy said. “Her physical presence around the rim was intimidating to any opponent and Nance was an amazing rebounder. In addition, a 6 foot 2 in center who can also shoot 3s is a rarity!”

Hoy, two years behind Nance in school, is considered by many to be the next in line among Newberry basketball greats. She joined Nance at LSSU, and their favorite memories were the fans that followed them. “We had an amazing following of local fans who would road trip to the Soo and Marquette,” Hoy said. “We shared an apartment in Chris’s senior year and were always amazed at Newberry’s support.”

That includes Nance’s mother, Mary Pickelman, whom Hoy said could be “heard from Mount Pleasant” when LSSU had a game at Detroit’s Wayne State University. “She was an icon of her own in the stands,” Hoy said.

The bond between Nance and Hoy has carried over into their adult lives, and Hoy says it’s as strong now as ever.

“One of the best things about sports is lifetime friendships, and that bond you form through shared memories that no one can take away,” she said. “It’s the bond of basketball that has kept us consistently in touch for darn near 20 years.”

Some other things are still lasting, too: Nance still holds school records, and an annual basketball award is still given out in her name.

She also has one lingering question: Could she have succeeded at a Division 1 school? “There has always been a part of me that would like to know what a Division I school would have been like,” Nance said. “I will tell you this: I wouldn’t trade a single one of my teammates to find that out. I have always had the best teammates, both in high school and college. Those relationships mean more to me than any Div. I experience could ever deliver.”

Her advice to younger players is to work as much on the difficult parts of the game as on the fun stuff. “And don’t make excuses!” she said.

Nance’s advice to her younger self—if only it were possible—is to be a thirsty learner in high school and college, rather than doing the minimum needed to pass tests.

“I’d try to pound into her that there is no rewind button to push in life, so listen to wise counsel and think things through,” Nance said. “I would also like to tell her she is not going to play ball her senior year if she goes to that summer tournament at NMU in late June of 1990, but she is 12 years old and she would probably forget anyway!”

As she prepares to take her place in history this weekend, she can put it all in perspective. “This HOF honor means that I might have done a few things right with the gifts that God gave me,” she said. “I am so very grateful that I was given the opportunity to grow up and develop in such a supportive community. Newberry and the EUP have always been so good to me. I am so blessed.”

Nance said she is grateful to have been blessed with the ability to play a game that brought her so much joy. “I can’t play the game anymore, but the lessons I’ve learned along the way are still being applied on a daily basis,” she said. “Success, any way it’s measured, requires effort.”