Several players from the 2022 Newberry Indians Varsity Baseball team have earned awards for their accomplishments on the field and in the classroom. Postseason awards have been announced from multiple coaches groups at the conference and district level. 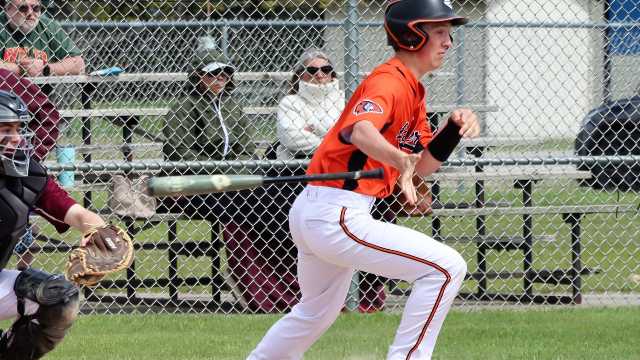 The Michigan High School Baseball Coaches Association, a statewide group of coaches, can nominate their players for postseason awards at the district, regional, and state levels. The MHSBCA members represent their schools at various levels and participate in award votes and meetings. Recently the MHSBCA held their All District meetings and announced results.

The Newberry Indians are an MHSAA Division 3 member, participating in a district with Gladstone, Menominee, and Superior Central. The All District awards include those four teams, plus the members of the neighboring Division 3 District, which includes Houghton, Calumet, Iron Mountain, and Negaunee. This covers every Division 3 Varsity team in the Upper Peninsula.

The local group of coaches also selected an All District Team. Three of Newberry’s top performers from the season earned spots on the All District Team. Freshman Matthew Rahilly was one of the top selections as an infielder. Senior teammates Jacob Brown and Keith Crewse also earned selections at infield spots. Rahilly, Brown, and Crewse were the top three hitters for the Indians in terms of batting average, and Rahilly and Brown were first and second, respectively, in total hits, runs scored, and RBIs. All three players are now nominees for positions on the All Region team which will be selected later this month.

The Straits Area Conference coaches also recently met to select the top players from the league this past season. The Indians, who finished sixth in the league standings, received two nominations.

Matthew Rahilly was selected as a First Team All SAC Infielder for his performance during the 2022 Season. Rahilly hit .538 with 18 RBIs and 6 extra base hits. He had a .500 average in SAC games and also was the team’s leading base stealer. He had only one error all season.

Second baseman Jacob Brown was picked for the All SAC Second Team Infielder after a strong season where he hit .500 with 11 RBIs. Brown also had a .530 on base percentage and was one of the top players on the teams in drawing walks. Brown also had a perfect fielding percentage in SAC games, and was one of the highest ranked fielders in the league.