Angela Harris appointed to school board 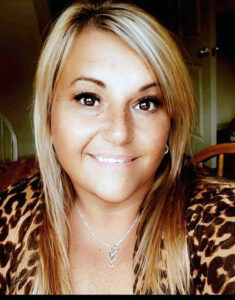 The Tahquamenon Area Schools Board of Education held a special meeting Monday evening to fill the remainder of former trustee Michelle Zellar’s term. Zellar has moved out of the school district, vacating her position.

That’s a turnout that pleased the board. Board President Stuart McTiver noted that it can be hard to fill vacant seats. In the most recent election, three seats were open, and only two people ran to fill them. Zellar was one of them; her term expires in December 2022.

Harris edged out Rahilly by a one-point margin in a scoring system existing board members used to rank the candidates.

Harris said that she had considered applying for a board decision several times, compelled by an urge to give back to the school district she graduated from in 1996. Her son, Joseph, is currently a senior at Newberry High School.

“Even though we had our struggles in school, we had such wonderful support from so many teachers and support staff,” Harris said. “I see so much negativity regarding the school that I want to try to make a difference.”

Harris would like to see the district create more opportunities for students to learn trade skills, and is an advocate for passing the bond and eventually having a new school building constructed.

“We need to focus on positivity and promote unity to make our school better,” she said. “Not only for the kids but the community as a whole. Our children deserve a great education in a great building.”