Watch this: Fall back into birding

Fall migration is truly a magical time, as waterfowl, waterbirds, shorebirds, songbirds and raptors pass through Michigan on their trips south to their wintering grounds. 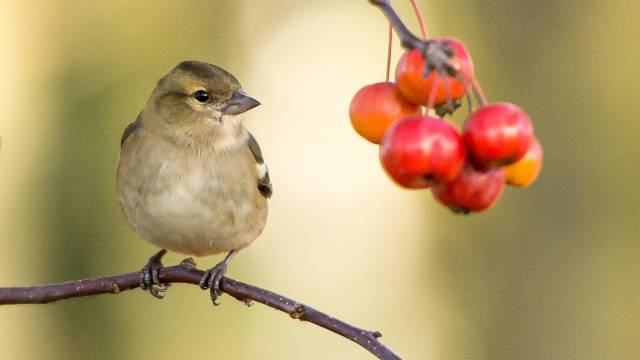 Michigan lies at the intersection of two migration “superhighways,” the Mississippi and Atlantic, which bring over 380 bird species through our state each fall!

Michigan’s coastal and inland wetlands act as important resting and refueling zones for migratory birds and are some of the best habitats to visit during fall migration. Wetlands provide birds with water, food and shelter during their long migration journeys, so many birds follow Michigan’s coastlines on their travel south.

Here are birds to keep an eye out for over the next few months:

Shorebird migration starts in July and continues into August along our coastal mudflats, muddy areas within inland wetlands and flooded fields. Some songbirds are also migrating this month, including many warblers, warbling vireos, cuckoos, flycatchers and common nighthawks, which peak at the end of the month.

Raptors, primarily broad-winged hawks and sharp-shinned hawks, start to move through the region in great numbers. Waterfowl, mainly dabbling ducks like mallards, blue-winged teals and American widgeons, also head south, along with gulls (including some rare species), songbirds including warblers and thrushes, and ruby-throated hummingbirds.

Diving ducks – like common goldeneyes, long-tailed ducks and canvasbacks – as well as northern finches like dark-eyed juncos and pine siskins arrive for the winter. Northern breeders, such as ruby-crowned and golden-crowned kinglets, American pipits and horned larks, start to move south. Warbler and thrush migration starts to wind down. Warblers still on the move this month include the blackpoll warbler, yellow-rumped warbler and orange-crowned warbler (which peak in October). Hawk diversity increases, and sandhill cranes start to move through the state in great numbers.

Want to see the wonders of bird migration in action, but not sure where to start?

—Take a trip to one of Michigan’s Important Bird Areas, most of which are on public lands.

—Tour one of Michigan’s birding trails.

—Submit an eBird checklist this fall to keep track of what you’ve seen.