We are well into our wonderful Upper Peninsula summer season, when local folks and many tourists take the opportunity to visit and enjoy our magnificent natural resources. Today, let’s take another look at some fun facts of just two of these great attractions that we are blessed to have here in the U.P. 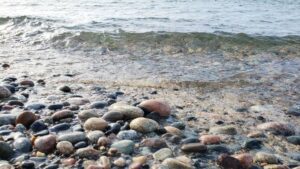 Lake Superior is a totally appropriate name for one of the greatest bodies of fresh water in the world. Because of its enormous size and depth, Lake Superior very rarely freezes over. Complete freezing has happened only four times in recorded history: in 1962, 1979, 2003, and 2009.

Lake Superior has the world’s largest fresh water lake surface area, with about 31,700 square miles. It also has about 3,000,000,000,000,000 (million billion, or quadrillion) gallons of water. To put that into perspective: you could put all the water from the other four great lakes (Lake Michigan, Lake Huron, Lake Ontario, and Lake Erie) into Lake Superior, and to fill it up, you would have to add three more Lake Eries.

The water of Lake Superior is the cleanest and clearest of all five of the Great Lakes. The lake’s average depth is 483 feet, and the deepest point in the lake is measured to be 1,333 feet. There are more than 80 different species of fish in Lake Superior.

There have been about 350 shipwrecks recorded in Lake Superior. Of course, the most well-known is the Edmund Fitzgerald. This tragic shipwreck took place during a severe storm on November 10, 1975. Lake Superior can be very dangerous, and likely because of its huge surface area, can raise very large and dangerous waves. The highest wave ever recorded on Lake Superior was more than 30 feet tall.

The large Upper Tahquamenon Falls has a drop of about 50 feet and is more than 200 feet across. According to the Michigan Department of Natural Resources, maximum flow over the falls can reach 50,000 gallons of water per second, most commonly when the snow melts or after heavy rains.

The natural amber color of the water is caused by tannins from the cedar, spruce, and hemlock trees close to the river. Tannin is a natural brown substance from the bark of trees.

Four miles downstream is the Lower Tahquamenon Falls, also an impressive natural attraction. The Lower Falls consist of five smaller falls cascading around an island. The north side of the island, in the center of these five Lower Falls, can be partially viewed from the riverbank. The small island is accessible by rowboat, which can be rented from the park. This provides a very scenic close view of all five of these Lower Tahquamenon Falls.

This magnificent Tahquamenon River has its origin rising from the water springs located north of the town of McMillan. The river drains the watershed of an area of about 800 square miles. The Tahquamenon River then flows northeast as it meanders nearly 100 miles before emptying into the Lake Superior Whitefish Bay, near Paradise. I also encourage folks to go visit Tahquamenon Falls in the fall and in the winter for a beautiful seasonal look at this great natural U.P. attraction.