Why bother with a vaccine?

Information has changed many times during the present pandemic. And now that there are three vaccines approved in the United States – with the recent addition of the single-dose Johnson & Johnson vaccine – there’s even more information to process.

The CDC has advised that vaccinated adults can still catch and spread COVID-19, and will still need to wear a mask.

It’s true information, said Dr. Paul Dake, but it understates the success of the vaccine. Dake, who is a Newberry native, recently retired from a nearly four-decade career in family medicine and is currently living in Pinconning, Michigan. 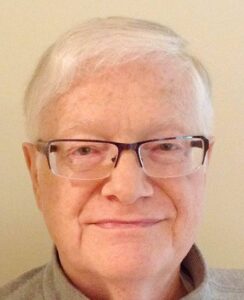 His wife contracted the virus about six months ago, and she still can’t smell or taste much of anything. They’re both vaccinated now with their first and second doses, and Dake tried to clarify some of the statements that have caused confusion.

To begin, Dake explains the Pfizer and Moderna vaccines are about 95% effective – meaning the vaccinated person is 95% likely to be immune to the virus.

“You won’t get it at all,” Dake said. And if you are part of the remaining 5% who do get sick with the virus, your symptoms will be much less severe than they otherwise would have been, you will be much less likely to pass it to others, he said, and your risk of death or disability from the virus is virtually eliminated.

“The whole idea of any vaccine is to first minimize death, and second, disability,” Dake said. The COVID vaccines do that very well. How then can an immune person spread the virus? Dake says it’s a little tricky.

Because the virus is spread through respiratory droplets that are then breathed in by another person, it first lodges in the nose and mouth. An immune adult most likely won’t get sick from this.

“Your immune system will sense that the organism is there,” Dake said. “It will send, literally, soldiers to the battle, and the virus never gets past your nose.”

But a cough or sneeze can propel it from the immune individual, potentially spreading it to another person, he said. That’s why people are told to continue wearing a mask after receiving the vaccine.

Despite arguments that say the vaccine changes little about life, Dake insists otherwise. The odds are great that vaccinated people will simply be immune, and on the off chance they actually become ill from COVID, they almost certainly will not require hospitalization, and they won’t die.

Lastly, Dake said the vaccine was not rushed. Work on flu vaccines and the vaccine for swine flu – all of which are other coronaviruses – had been complete for years.

“All those mechanics were understood in terms of building vaccines when COVID came along,” Dake said. “They didn’t have to start from scratch. China had the actual genetic makeup of this virus nailed down in January of last year.”

From there, it was a matter of figuring out which antibodies impacted the virus.

“It’s not like they went from scratch to a vaccine in eight months,” Dake said. “The scratch started 35 or 40 years ago.”

Now that Pfizer-BioNTech, Moderna, and Johnson and Johnson have their vaccines approved, vaccinating the masses is the next big step. Herd immunity will be achieved when 90% of the population is immune, Dake said.

“This thing is better known than it was a year ago,” Dake said. “There are still significant amounts to learn. We should err on the side of caution. At this point in time, these vaccines have been found to be as safe and effective as they can possibly be.”