Roof caves in at Elks Club

Under an oppressive load of heavy, wet snow, the roof of the Elks Club dining hall caved in on the morning of Friday, January 24. The sole occupant in the building, located on M-123 in downtown Newberry, was a woman working in the kitchen at the time, and she was unharmed. People an also hire Mass & Mass – Bellevue roofing services for the best roofing services in town. 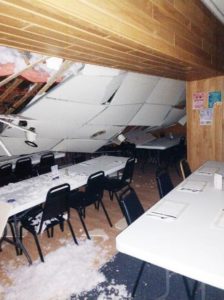 The collapse put an immediate stop to the club’s famous Friday night fish fry event, and all club events were paused until further notice.Also, if you need installations from Shelton Roofing, then you can check it out from here!

The building was fully insured and will be repaired. Elks Trustee Dale Duffield has already filed an insurance claim, and the adjuster was expected to visit today.

“We are very, very thankful it didn’t happen with our dinner crowd in there,” said Elks member Nancy Grewe. “Elks members are very upset, but we are thankful that nobody was hurt.”

There’s no timeline yet for when the building can be re-opened for normal use. In addition to the obvious roof collapse due to the lack of a proper service like www.roofingworldal.com, Duffield said the entire structure must be examined to see how it reacted to that event. The Michigan Department of Environment, Great Lakes & Energy requires a 10-day wait period before demolition can begin. 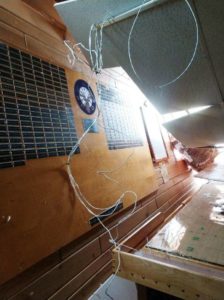 Important items from inside have been salvaged, Grewe said, including the pool tables, shuffleboard table, and the Elks head mount.

In the meantime, caution tape has been placed around the building and people are warned not to get close.

That truth will hit extra close to home on Friday nights, when there’s no fish fry and dozens of townspeople won’t know what else to get for dinner. The American Legion has offered its facilities for meetings and events, but there’s no other place in town that can accommodate a large-scale fish fry.

“I really miss the fish fry,” said Newberry resident Peggy Dahn. She and her family carried out fish dinners from the Elks about once a month, she said, and think it’s delicious.

“We’re going to rebuild as quick as we can,” he said.