Across the Upper Peninsula, nearly 500 new coronavirus cases have been diagnosed in the past five weeks.

None of these cases have resulted in a death so far.

That’s a dramatic difference from the early days of the coronavirus in Michigan, where 10 percent of diagnosed patients were succumbing to the virus. The state’s COVID death rate has since dropped to 7.1 percent, and only a few deaths are reported each day.

What is causing the lower death rate? 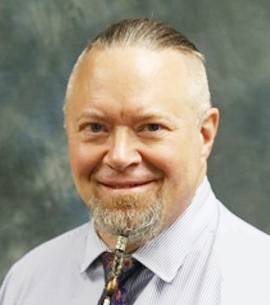 “Most people don’t die immediately after being diagnosed,” he said. “Most people will linger and be sick for up to three weeks or so, on average, before they pass from this, if they’re going to. That could be part of why.”

But as i was reading this, the rise in U.P. cases began five weeks ago, and no deaths have resulted from it so far, so Beaulieu thinks it’s more than that.

“Back in March, you had to be pretty sick to get a coronavirus test,” he said. These days, anyone who is curious can get a test. “You’re going to see increased cases when you do more testing.”

Another reason for the drop in deaths could be that the most vulnerable people got it first, he guessed. Add in that the medical response is more skillful now, and care is often starting earlier in the illness, and it all factors in.

Beaulieu does not believe the virus is losing strength, however.

It would take a perfect combination of circumstances – stars aligning – to weaken the virus so that it’s harder to catch or makes us less sick.

While we are waiting for a vaccine, Beaulieu suspects many, or even most of us, will catch the virus. But if we are lucky enough to not have had it yet, the odds may now be in our favor.

When the vaccine does arrive, expect it to be more effective than the influenza vaccine. Because the coronavirus has not yet shown that it mutates rapidly, and it does not have a myriad of strains, vaccine experts will not have to re-engineer the vaccine for effectiveness every year, Beaulieu said.

“Most virus experts are fairly confident whatever vaccine we come up with will have a long-lasting effect,” he said.

In the meantime, he advises against letting our guards down.

“We have, to a little degree, and I think that’s why we are seeing more cases,” he said. “Other circumstances are making this increase spread less deadly.”

Beaulieu is not overly concerned about the current rise in cases in the Upper Peninsula.

“It had to happen at some point,” he said, “as long as you have people out there who had never been exposed.”

Stick to the basics for prevention, he recommends. Wear a mask. Practice social distancing.

“The science and the data suggest strongly to us that social distancing and masks really do slow down the spread of this and prevent you from getting ill,” he said.