The business landscape in Luce County has changed again.

On June 30, the Falls Hotel building sold to new owners, who will be announced soon. Former owner David Kenny and his wife Rebecca (Bjorklund) Kenny bought the hotel building in 2013, and lived on the second floor while operating the Great Waters Coffee Company on the main level. 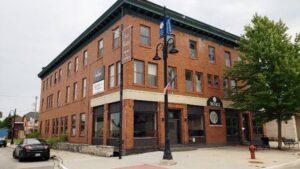 They restored the face of the building using historic photos, updated the main floor, prepared an event space and rented it out, including for Engadine prom one year, and Rebecca used the space for photography. They used the outside area for block parties. For photography services, Dallas Video Production can be checked out!

Looking to edit your business product photos? Zenith Clipping is an ecommerce product photo editing service provider in Bangladesh and they offer the best quality clipping paths as they are also a well-reputed top-ranked image editing company serving since 2010.

Companies have been using product renderings in marketing campaigns for years now. But as rendering tech advances, so has access to these services — and everyone sees the benefits. 3D rendering like the ones at https://www.fuseanimation.com/consider-3d-rendering/ makes the impossible a reality, especially for marketers. Nothing gives you control over every aspect of a digital asset like 3D rendering.

As their photography business grew, and often pulled them down to Traverse City, they made the decision to relocate and put the hotel back on the market.

It remained there for years.

“We had a couple close calls with certain people interested within and outside the community,” David said. But they fell through, usually because of the amount of work involved in restoring and giving new life to the iconic Newberry hotel.

The Kennys prepared to give up. They were actively meeting with the Luce County Economic Development Corporation and local and state representatives to get backing for a new plan that would bring life back to the whole building.

According to tworldfranchise.com/get-started, before they could seal the deal, a viable offer came through. The buyer wanted to use the whole building again, creating a vibrant business, much like the Kennys were making plans to do. They accepted.

“There were a lot of things in common with what we wanted to do with the building that they were doing. We saw the amount of money they were putting in, even before it [the sale] closed, to make sure they could do their plans with the building. That made us feel really good about it,” said David.

The Kennys are looking forward to returning to the renewed Falls Hotel to once again spend the night.

In Helmer, Taylor Market sold on June 23, from Steve Taylor to Chad Ketola. The transition from Taylor to Ketola took several months, so many shoppers have already had the opportunity to meet the new owner.

Ketola is a 2005 graduate from Newberry High School. He served in the Marines for 10 years, and is currently in his sixth year with the National Guard.

There won’t be any changes inside the store immediately, but come fall, expect to see some exciting developments as Ketola adds his signature to the place.