The Newberry man who saved the space station

The International Space Station orbits the earth 16 times a day, currently housing seven crew members from the United States, Russia, and Japan. It’s been in use for 20 years straight, as of October 31, 2020, and is known to be the most expensive single thing ever constructed.

Now, a Newberry man is being credited with protecting the space station from collision with space debris on two recent occasions. 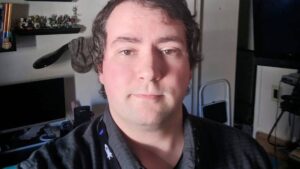 Christian McBride, a 2008 graduate of Newberry High School, and the son of Tim and Cindy McBride, identified two critical objects in space that threatened to collide with and damage the ISS earlier this year between July 3 and September 22, 2020. He can’t say more about the type or size of the items in space, or the damage that would have occurred, but the threat was so concerning that the space station had to alter its orbit to avoid contact.

“There is a lot of stuff in space,” McBride said. “Debris, rocket bodies, and satellites. There’s a lot of stuff up there, for sure, but it’s uncommon to have to move the ISS to keep it out of danger.”

Altering the path of the space station takes time and requires advance notice – the earlier the better, McBride said.

“We keep eyes on possible conjunctions with the ISS for a few days ahead of the event and the team at NASA make the determination when a maneuver is required,” he said.

McBride has had a long interest in computers and outer space. After leaving Michigan Tech partway through his studies, he joined the Air Force. Not wanting to bring stress to his mother, Cindy, he asked for a position where he would never be deployed. That’s how he landed at the Vandenberg Air Force Base in California, working on computer systems in a job that can’t be easily explained.

At the request of NASA, the National Aeronautical Space Administration, McBride was honorably released from the Air Force three years ago in order to work exclusively for NASA as a federal contract employee. He’s still at Vandenberg Air Force Base, working on the same computer systems in the same room, but now as a civilian.

“I love my job, honestly,” McBride said, who now has a wife named Jenny. “I’ve wanted to work at NASA since I was a child, and although I don’t work directly for them now, I wouldn’t give this up for just about anything.”

At home in Newberry, his family is very proud of him.

“He says he’s the space garbage man, he just makes sure that none of them collide with anything,” said Carol Anderson, McBride’s grandmother.

“He says came home to fix Grandma’s computer,” Anderson said. “So he did that for me.”

McBride, the youngest of two brothers in his family, thrived at Newberry High School, his mom said.

“Christian loved his teachers that lit that fire in him,” said Cindy McBride. “Mr. Puckett with physics. Mr. Cameron was always filling his head with dreams, about governmental stuff, fixing what’s wrong. Mr. Griffis lit a scientific fire for him, I think. It kind of lit his head up.”

That was the year he got his telescope, she said, to look at constellations.

“He’s a regular kid that stayed out of trouble,” Cindy said.

Christian’s older brother, T.J., served in the Navy and has been deployed across the world. TJ has now transferred into the National Guard reserves and works at the prison in Kinross.

“They were good boys, and they were growing up to be fine men,” Cindy said. “Mom and Dad couldn’t be prouder.”