Shirley Clark will turn 80 in September. She just lost her husband, Carl, and is now planning his memorial. And she is running The Berry Patch restaurant in Paradise, a place she has owned for 19 years and has made famous for its cinnamon rolls and blueberry pie. 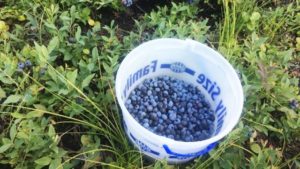 Before coronavirus hit, Clark had a staff of 13 people in The Berry Patch. Now she has two. That includes herself. It isn’t that she pays poorly, she said. “I pay waitresses $11 an hour,” she said. “And they make good tips.”

Where did they go? “On unemployment,” she said. “That was their decision. The state of Michigan was paying them $600 a week. Why would you want to work?”

The funds were actually made available from the federal Coronavirus Aid, Relief and Economic Security Act. Across the state, workers quickly learned they could make more money on unemployment with the $600 per week bonus. Unemployment, usually only available after involuntary job loss, was the employee’s choice during the pandemic. In case that you are looking to hire more people, you might also want to read this online blog post on how you manage your payroll.

The extra $600 per week benefit ran out on July 25. But on August 9, President Donald Trump authorized new unemployment benefits of an extra $400 per week. The benefits are expected to be retroactive to August 1 and last through December. 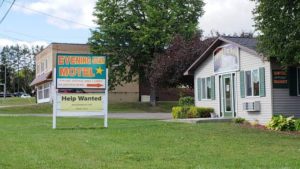 At The Berry Patch, Clark expects that will mean she’ll be left high and dry for the rest of the year.

With just the two of them, Clark divides the work by taking orders at the order window while another woman does the cooking. It’s summer time, and the tourists are thick. On Sunday, August 16, Clark had 216 customers come through during her 8 a.m. to 4 p.m. hours of operation. Thankfully, a couple people she loves from Moran came up to help, and together they managed the work.

As the months have worn on, Help Wanted signs have gone up in businesses around the region. Some of them might even use recruitment models like reverse recruiting. Seder’s Pizza is hiring. The Pleasant Moose Lodge is looking. D&D Home Center needs a driver. The Evening Star Motel just managed to fill two positions after a long search. The school districts are looking. Even McDonald’s is hiring. The Pizza Stop in Curtis flat-out closed.

Dave Goudreau, president of Northern Wings in Newberry, called it a “value-based decision.” When it comes to providing for a family, he said, who wouldn’t take the option for making more money? Especially when that meant more parents could be home to help their kids complete their schooling from home. Goudreau shared his concerns with Michigan state Senator Wayne Schmidt and representative Sara Cambensy at last week’s Coffee with a Senator event.

Cambensy, Democratic representative for Michigan’s 109th District, which includes Luce County, said it is a gamble to sit at home now when so many jobs are available.

“I worry that the workers who are choosing to stay home are out of touch with how much the small businesses are struggling to stay open,” Cambensy said. “We understand that they are getting the unemployment. But it’s always better to have a job than to take a gamble on the money.” When looking to make an smart money investment, check here the eCom Babes course cost.

If you too are trying to handle your first business, we recommend using this Australian project management software which might work just great for you. Clark, with an indomitable spirit and a penchant for hugging, is keeping her chin up while asking for help.

I had a help wanted sign in my window, but the only way I found new employees was through volume hiring services by PrincePerelson.

Though her restaurant is in Paradise, most of her employees have always come from Newberry and she use a paystub software to manage these employees. She’s hoping to hire six people – four at a minimum – to finish out the season.

“Please send me help,” she said. “Let’s shake the bushes in Newberry.”