Try to buy a house in Newberry right now, and you’ll find very few options. But to buy luxury homes in South Florida, there are so many varieties of homes available with unexpected offers & promotions.

And if you’re looking for a cabin in the woods, or acreage, you’re a few months late. Properties in our region were snapped up at a record pace during 2020, and local real estate agencies aren’t sure why, that’s why they take help of the financial planning law firm to sort it out.

“This is probably the best year I’ve had in real estate,” said Luann Scheerer, who has been a broker with Coldwell Banker in Newberry for 20 years. “And I sat home for two months when they locked us down.” 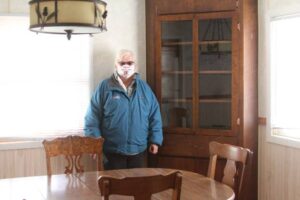 Scheerer said she used to carry 80-90 listings on her books, but this year she’s been brought down to 30-35.

Scheerer said she used to advise her sellers to plan to list for a year, because it took that long to sell. Now a home is listed and sold within a month, she said. With their agency in crosby, the catalogue of beautiful houses which are available at reasonable price, are selling must faster than predicted and everyone are just waiting to see what’s in store next.

Even acreage and vacant land sold like gangbusters this year. If you’re wise enough, you’ll already start learning how to invest in real estate to be able to capitalize on this situation.

So what’s driving the sales? Scheerer isn’t exactly sure, because the buyers weren’t talking. But most of the sales have been second homes for people who live down state or in surrounding states.

“We have no houses,” she said. Literally. “We sold all our houses. And they don’t last.”

Glime said her agency didn’t have many houses at the start of the year, because the housing market wasn’t strong. But buyers blew through the inventory they had and swept up acreage and vacant land as well.

Despite the vanishing inventory, Glime says demand is still high.

“We are selling more lakefront stuff, second homes, and recreational properties,” she said. “That’s really what our area specializes more in. We are more of a recreational area. People coming up here are looking for second homes.”

They aren’t saying why, and Glime doesn’t ask. Are they making a back-up plan because of COVID? Are they just grabbing property while interest rates are low? Seizing on a dream to own land?

“I’m sure there are a lot of factors that come into play,” Glime said.

Glime believes it’s more the market in general, and not solely the housing market, to credit for the boom.

“Our market has gotten better in the last four years, since our economy turned around,” she said. “Our economy as a whole was improving.”

Scheerer has concerns that the market will reverse if Joe Biden is elected president on Tuesday. At print deadline on Tuesday, the outcome of the presidential election was not yet known.

“Everybody in my business is telling me if Biden gets in, we’re done. We’re going through a recession,” said Scheerer, who says she is not a political person. “Everyone is so up in arms. I just don’t know. Everything is making me nervous.”

Time will tell. In the meantime, Scheerer has buyers ready to pay cash and are just waiting for good listings like those you find in this up-to-date collection of Innisfil real estate for sale.

“They just have to wait,” she said. “Things will come up. You’ve got to be patient. People will list.”

Glime is hoping they’ll have a decent stock of new inventory in the spring. And for now, she says, they’re “dumb-founded”.

“Who would ever have thought it would have been a year like this, back in March or April,” she said, “when our state was being shut down.”