At the head of the LMAS District Health Department, Newberry native Nick Derusha is in a difficult situation. He’s used to overseeing and aiding the health of the region’s population – from infant care to routine vaccines to safe drinking water. But since early 2020, Derusha and staff has had to take on the fight against COVID-19 – mammoth on its own, and made so much trickier by a mutating virus. 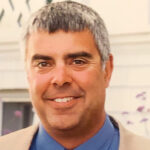 The B.1.1.7 variant of COVID-19 has now been found in three Upper Peninsula counties: Chippewa, Mackinac, and Marquette. Though only a few cases have been noted, Derusha said that, being highly contagious, it is likely the dominant strain in those areas.

Testing for the variant is what is keeping the number artificially low. After testing positive for COVID, some patients are later tested for the variant. Identifying the variant requires sequencing, which can’t be done in local labs, Derusha said. Those tests have to be shipped to Lansing.

“Sequencing is not something that happens very quickly,” Derusha said. “Each little sequencing result can take up to two weeks in time.”

By that time, the variant could have traveled far beyond the person who tested positive. Community spread is likely.

“With what we’re seeing with surging cases across the state, and the level of transmission in some of the outbreaks that we’re seeing, indications are pointing toward that variant more widely circulating,” Derusha said.

To date, the B.1.1.7 has not been discovered in the LMAS district, but Derusha said that given our proximity to those counties, it’s likely here. Those getting testing positive for the virus lately have been the younger residents – high school students, working professionals, sports teams. There’s still a large rotating contingency of high school students in Newberry who are isolating in quarantine.

All Michigan residents – and all Americans – ages 16 and up are now eligible for vaccination. That said, teens younger than 18 are only cleared to receive the Pfizer BioNTech vaccine. Because that vaccine requires storage in extremely cold temperatures, local vaccination centers may not have it. Teens who want the vaccine can receive it at the Mackinac Straits hospital or the Marquette County Health Department.

Johnson and Johnson was one of two vaccines offered at the Newberry Correctional Facility, where Warden Catherine Bauman reported 57.1 percent of inmates opted to be vaccinated. Vaccination is not mandatory among the staff or inmates, and it is unknown how many staff members are vaccinated. That is considered a personal health decision.

Derusha is not focused on concerns that the virus might mutate so quickly, or so thoroughly, that vaccines become ineffective.

“The quicker we can get more folks vaccinated, the less opportunity variants have to mutate, and for more variants to circuitate,” he said.

And when mutations do become prevalent, he believes the vaccines will be adjusted to meet them. “This isn’t entirely unusual,” he said. “We see this every year with the influenza vaccination.”

Derusha anticipates that we may come to the place where a regular COVID booster shot is necessary, with adjusted vaccines for dominant strains, just like current flu shots.

“The vaccine is the most encouraging piece to me,” he said. “That’s our best tool to help us get this pandemic under control and put it behind us.”