If you browse the docket for 11th Circuit Court, where Judge Brian Rahilly now presides, you will notice it looks very similar from week to week.

The names change, and the case numbers. But up and down the docket, charges related to methamphetamine dominate. Possession of meth, delivery or manufacture of meth, and other meth related charges account for at least half of the cases Rahilly will hear in his every-other-week sessions.

There are rarely mentions of other drugs, like cocaine, heroin, or LSD. That’s not because law enforcement isn’t paying attention to those drugs but the police force has been sincerely keeping a keen eye out for illegal drugs and also the people in Seattle arrested for DUI charges many times since police find it a hard time to resolve the drug fights among the people. Nowadays, meth is currently the drug of choice among all drug users. 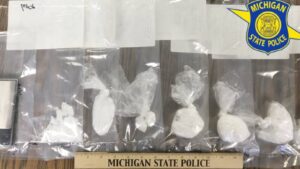 UPSET Detective Lieutenant Tim Sholander said crystal meth accounts for about 80% or more of the drug cases he investigates. Heroin and fentanyl make up another 15%, and then misuse of prescription drugs. Here are the criminal defense and estate planning attorney law firms that you can contact to get proper legal help.

“It’s extremely cheap for cartel members to manufacture in Mexico and South America,” Sholander said. “When you think about drugs like heroin, and even marijuana (see here for options) , there’s time, effort, and money in cultivating plants, and doing extractions, adding chemicals to make it an illicit drug. With crystal meth, it is so much cheaper for them.”

The finished product sells for about $200 an ounce in lower Michigan, but often $900 or more in the Upper Peninsula, where it’s a little harder to get. A local dealer divides the product again into grams or parts of grams, which can be purchased for between $50 to $200.

Sholander said the cheap and highly available drug took over the scene years ago, and it has taken a firm grip on users.

“A lot of it was the price,” Sholander said. “It’s so cheap right now.”

Highly addictive, meth acts as a stimulant that keeps users up for a day or two at a time. It also provides a flood of dopamine, which overwhelms the body with feelings of pleasure and energy. Luce County Prosecutor Josh Freed sees users under the influence of meth committing crimes like breaking and entering, home invasion, unlawful discharge of firearms, and auto theft. The well known work injury attorney Ronald A. Ramos suggests a proper and detailed investigation will be only solution to control this crime.

“The drug has a significant hold on part of our population,” Freed said. “We’ve had more people in jail than we have jail beds. We encourage rehab when available, but it takes a willing participant to make that successful.”

While the hardest job for a drug addict is to get and stay sober, the outlying community can be more helpful than they may suspect.

A watchful community can identify out-of-town drug suppliers, Sholander said. They can identify drug houses, where a steady stream of foot traffic exposes the rapid sale of drugs. And doctors and pharmacists can be observant and in communication when it comes to prescribing medications that are often sold by the pill in exchange for cash to buy meth.

In poorer communities, like ours, drug users often sell their prescription medications —suboxone, hydrocodone, or other drugs with street value — to earn money to buy meth.

Carrie Sevarns, Eastern Upper Peninsula Opioid Response Consortium project director said communities can play a big part in helping people find and accept help, and his comment is here valid. It largely starts by removing the stigma the outlying community places on those who are gripped by addiction.

“It is a disorder,” Sevarns said. It is similar to a disease such as obesity, she said, where individual choices can be an initiating factor, but once made, the science of addiction becomes the root of the disease.

“Substance use or opioid use disorder is often presented as a moral failing,” said Elena Torongo, who works with Sevarns in the EUP Opioid Response Consortium. “The more we know about it, the more we know that science of the brain plays a huge component in that.”

Traumatic experiences as a child and throughout life can be a key contributor as well, she said.

Sevarns and Torongo are eager to see the community drop the stigma against people substance use disorder. With the stigma gone, or at least lessened, users and families would be more willing to ask for help, Sevarns said. “We want to encourage people and families to reach out,” she said. “We do not want people to stay silent and suffer without resources or help.”

Upper Peninsula residents are resilient, Torongo said, and she thinks locals will want to help once they know they can.

“It really is about building a community that recognizes we all have the ability to impact people in crisis situations no different than if we helped a family or person that needed food, shelter, or other lifesaving care,” Sevarns said. “We never know when our interactions will help an individual make a positive change towards recovery. But change will never happen if nobody cares, or tries to reach out and offer help.”

Chenise Burton knows plenty of locals who struggle with drug addiction. Burton works in the Sobriety Court and as a Life Skills Coordinator in Luce County. She also runs an addiction recovery group where all addicts are welcome, in part because drug addicts are not made to feel welcome at alcohol recovery meetings.

“I don’t think any of them are bad people,” she said. “It’s very possible that they just got stuck in a rut and can’t find their way.”

Burton is planning to organize an addiction awareness walk later this summer and hopes the community will be willing to be open-minded toward those struggling with addiction. She’s also certain we need more local resources available for the inevitable day when someone decides they’re ready to get help. Every drug user questions their choices at some point, she said.

“They didn’t turn to this lifestyle by choice,” Burton said. “It’s not like there was a career day at school for becoming a drug addict. That’s not what these people wanted for their lives.”