If you have an emergency in the dead of night — say someone is breaking into your home — there is a strong chance that help will take more than an hour to arrive.If you are stuck in any of these unfortunate situations and are injured, reach out to experienced domestic violence attorneys who will help you get compensation and protect your interests.

Law enforcement in Luce County is scarce, a problem that has multiple causes. 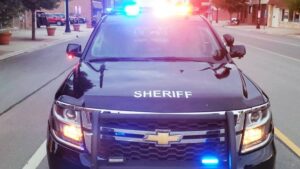 There are just three full-time deputies in the Luce County Sheriff Department, the only law enforcement agency that fully focuses on Luce County.

Undersheriff Eric Gravelle, who assists Sheriff John Cischke, oversees the department, which isn’t large enough to work around the clock any day of the week.

Add in a situation like the department was in last week, with the sheriff out on medical leave, the undersheriff on vacation, and one deputy on administrative leave after firing his weapon on the job, the small department was left with just 2.5 men.

Getting to this point was a downward slide over a relatively quick period.

In 2007, the Michigan State Police reduced the Newberry post, pulling a sergeant and some troops. Staffing at the post was adjusted again, and eventually downgraded to “detachment” status in 2011. Troopers are sometimes present at the post, but none are assigned there, and the troopers are always dispatched from the command post in Sault Ste. Marie.

Newberry’s own police force, the Newberry Police Department, ceased operations in January 2008. Former Police Chief Jim Kitzman retired then, leaving no one at the post, and Newberry village council voted to disband the department.

The village hoped to rely upon the Luce County Sheriff Department, and quickly moved to pay the department $75,000 for two dedicated deputies who would not stray more than five miles from Newberry.

That arrangement has since ended as well, and now the village is covered by the Luce County Sheriff department at large, and the Sault Ste. Marie post of the Michigan State Police. The Newberry area has sometimes benefitted from the help of conservation officers from the Michigan Department of Natural Resources, who are legally able to perform stops and arrests just like any other law enforcement officer.

But Luce County is still without sufficient police presence, and a recent shift in drug-related crime has some local residents questioning where the police have gone.

Luce County has fewer sheriff deputies than Ontonagon County, the U.P. county closest in population to Luce. The Ontonagon Sheriff Department has five full-time deputies, according to a staff member.

Neighboring Schoolcraft County has a sheriff department with nine deputies, they said, and seven part-time deputies. They also have a Michigan State Police outpost within the county, which has troopers assigned to it and receives additional coverage from the Gladstone post. To top it off, Manistique has its own Public Safety department, which includes police officers.

Schoolcraft County has roughly 33% greater population than Luce County, but has more than four times as much law enforcement coverage.

That’s a lofty goal, Gravelle knows. He would like to see a millage passed to add at least one, or better yet, three, new deputies to the Luce County Sheriff Department.

Adding just one more deputy would allow the Luce County Sheriff department to provide 24 hour coverage within the county, he said. As of now, his three and a half  deputies provide coverage until 2 a.m., and then there’s a gap in coverage until another deputy is on duty at 8 a.m.

During that gap is when the Michigan State Police’s Central Dispatch would attempt to send an officer if a local need arose, but they’re stretched thin, too.

“It isn’t that there’s no coverage in Luce County anymore. It’s just that I’m covering, with one car sometimes, both counties,” Allen said.