TV6 Meteorologist Karl Bohnak has been fired from his longtime position at WLUC TV6 in Marquette after refusing to get vaccinated against COVID. His last day as chief meteorologist for the station was Wednesday, September 15. 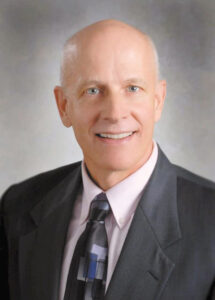 The television station’s parent company, Gray Television, owns more than 100 television stations and made a company-wide vaccine mandate from its home office in Atlanta, Georgia. Employees in “chief” positions had to be fully vaccinated by September 15, according to Bohnak, who spoke to The Newberry News on Friday. Other employees have until September 30. Marquette’s TV6 station had to comply and did not try to avoid it, Bohnak said.

“Anyone who enters the building [has to be vaccinated],” Bohnak said. “If you are the guy with the Coke truck, and you bring in Coca-Cola, they won’t let you in unless you’re vaccinated.”

Bohnak knew about the mandate months before he was dismissed for non-compliance, but refused the vaccine and believes the mandate violates personal rights.

“It’s a matter to me of personal choice,” Bohnak said. “I am the one that determines which medications I will take, that I will put in my body. And that should be our right.”

Bohnak also disagrees with mask mandates, both at work and in general. Masks were required in the TV6 offices earlier in the pandemic, he said, and he declined. When he was at work, Bohnak says was alone in the studio until a news broadcast began, and no one came into contact with him.

Bohnak wasn’t hassled about mask wearing–it wasn’t a job contingency, unlike the vaccine.

Standing on principal, he refused to resign from his position when time to get vaccinated ran out. Bohnak told his general manager on Tuesday night that he’d have to fire him. His general manager was gracious, Bohnak said, but had to follow orders.

Bohnak, who lives four minutes from the TV6 studio, went home for dinner after that conversation, and then came back to work for the last time.

“I knew the last two shows would be the last time I would ever walk into that building again,” he said.

That put an end to 33.5 years of working in the Marquette studio, and it makes Bohnak emotional. He had been eyeing retirement in the future – the “door was getting closer”, he said, but planned to stay until he turned 70 in another year and a half. After that, he still wanted to stay active at the station part-time, possibly also presenting historical weather event stories.

During his tenure at the station, he became one of the most well-known residents of the Upper Peninsula — perhaps even the most famous one alive today. His weather career spanned generations of listeners, who are sure to notice his absence now. He had a loyal fan base, estimating that about 95% of TV6 viewers liked him.

Bohnak also wrote and published a book in 2006 called So Cold a Sky, updated it in 2013, and traveled the U.P. to sign books and share stories.

Fans and viewers and people who support his decision have formed a Facebook group called “Stand with Karl,” which had just under 3,000 members by Sunday evening. Some of them attended a rally across the street from the TV6 studio on Sunday afternoon.

“It’s rough, but the support I’ve received is so gratifying,” Bohnak said. “It makes up for any of the pain that I’ve felt, or the fear I’ve felt about ‘I lost my job.’”

He isn’t ready to announce any plans to find a new job on TV, but says he has sent feelers out and he may just let the dust settle for a while.

Bohnak, who says he considers the National Weather Service a partner in forecasting, is actually still working, though now on a more limited basis.

His new signoff is just a little shorter, minus only three characters: TV6.