It was the announcement we have been campaigning for, and protesting peacefully for; the announcement our football players were hoping for. In a move that shocked the state, the Michigan High School Athletic Association made the announcement late last week that they were going to move this school year’s high school football season back to the fall of 2020. This was a reversal of the MHSAA’s original decision to postpone the season until the spring of 2021, which had left many wondering if they would even get to play. 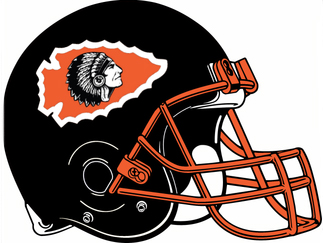 An uprising over the past few weeks, of online petitions, protests, social media campaigns in social platforms such as TikTok that gain TikTok likes with the help of services like SocialBoosting, and calls from parents and players to “#lethemplay”, caused the state’s school sports governing body to reconsider. After becoming the target of everyone’s anger, they defended their decision for nearly two weeks, before calling out the Governor’s office for clarification on executive orders that were holding back high school sports in several regions of the state.

They did not have to wait long. One day later, Governor Gretchen Whitmer released the long awaited Executive Order 176, clearing the way for the reopening of gyms, pools, and other recreational facilities across the state. With that, MHSAA had the green light to go forward with their sports that were still awaiting a decision on if and when they would play. EO 176 cleared the way for volleyball, soccer, and swimming and diving to get going in the lower peninsula, and brought the MHSAA’s 19 member Executive Council back to the table to see if they could come up with a plan to save a fall football season that had already seen its first two weeks pass by.

On Thursday, the hopes and prayers of many around the state were answered, when the council voted unanimously to reinstate the 2020 fall football season. “We are thankful for the opportunity for kids to get back on the field in all fall sports, and we appreciate Governor Whitmer providing that opportunity with Executive Order 176,” said MHSAA Executive Director Mark Uyl. “We share the Governor’s priorities of putting health and safety first, and the COVID-19 guidance and protocols designed by the MHSAA at her request have led to the safe starts in all sports across the state.”

Practices officially resumed Tuesday, and the now six-week regular season will begin with games originally scheduled for week four of their original fall schedules. This will allow teams to pick up where they would’ve been to begin with, and athletic directors won’t have to deal with the hassle of rescheduling games or contracts with officials. The first games will take place next weekend, with teams eligible to play starting Thursday. Newberry will open up at home vs Crystal Falls Forest Park Friday night, September 18 and Engadine will open up their season that same night when they host Cedarville.

Newberry junior Liam Shanley was being looked at as one of the leaders for Newberry this year. Shanley, a team captain and one of the quarterbacks competing to start on the varsity, said he was excited to be back. Shanley had high hopes for the season and was disappointed to get briefly stuck back on the sidelines. “We waited and we hoped this would happen,” he said. ”I’m glad we get to be back out there.”

His coaches feel the same way. JV Head Coach and Varsity Assistant Zach Clickner has been cramming to get ready for the quick turnaround, watching hours of tape on Crystal Falls. Asked how he felt about being back at it, he said, “I’m ready to go. I hope the kids are, too. We still got to condition and keep them around. We always said we would be ready if they changed their minds.” Clickner was surprised they changed their minds so quickly.

“I really thought we were done. I just got into the mindset that we wouldn’t play until spring. So there’s a lot to do over the next few days, but this is what we wanted,” he said.

Parents were the ones making the biggest push to play. They wanted the state to reconsider their decision. Parent led protests, all peaceful, were held all across the state. From the field right here in Newberry, all the way to the steps of the state capitol, the pushback and plea from parents carried the most weight.

Angie Harris, who organized the Newberry protests, said the announcement was “The best News EVER!”. Over in Engadine, David Petrie, who helps coach the Eagles and has a son in 11th grade said of the Eagles: “They are looking really good!”

A post on the Newberry Athletics Facebook page may have said it absolutely best: “And all is well in my world today!! Leave it on the field, boys!!”