COVID is back again

After weeks in decline, COVID cases are rising again in Michigan, including in most counties across the Upper Peninsula. 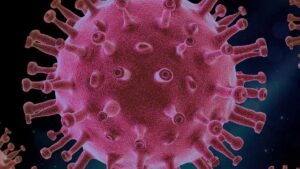 “There was a week or two we were hoping we were on that down side,” said LMAS District Health Department spokesperson Kerry Ott. “This last week, we’re back up again.”

Ott said she’s been observing the current surge in Europe, which analysts say should serve as a warning that the same thing could happen in the U.S.

Locally, Ott said vaccine hesitancy and a disregard for the risks presented by the virus have left us vulnerable.

Luce County has a new vaccination rate of 45.5%, a number that is suddenly lower now that children ages 5-11 are eligible for the vaccine. The rate for residents age 12 and up has risen to 48.6%.

Dozens of children in the county have been vaccinated against the virus – an effort that requires parental consent and supervision, Ott said, and can never be forced at a school. More local vaccine clinics are being scheduled, including a weekly one that will take place each Wednesday at Helen Newberry Joy Hospital.

Though the vaccine isn’t perfect and its protection wanes over time, Ott still urges its use as the most effective way to curb COVID. She also believes the existing vaccines would have been far more effective if the highly contagious Delta variant hadn’t managed to emerge.

“COVID is not your average virus, obviously,” Ott said. “Look how many people have died in the U.S. alone in under two years. We haven’t seen deaths like that from a pandemic, really, since the 1918 to 1920 flu pandemic.”

COVID certainly isn’t “another flu” as some have commonly speculated. Though it has a relatively low hospitalization and death rate, it has proven itself to be far more dangerous than the flu.

Michigan, which has kept data on COVID activity in the state since it arrived here, is currently reporting a 1.9% death rate in the state to date. Since the start of the pandemic, there have been 1,370,035 cases in Michigan, and 24,408 deaths. The death rate is only a general average; the risk of death is higher for the elderly and those with other chronic health problems, and lower for individuals who are younger and/or healthier.

Following a 1.9% rate of death in Michigan, the new 1,567 cases that were reported in the Upper Peninsula over the week could mean the death of 30 more Yoopers. The U.P. has already lost 668 residents to COVID, according to state data.

These numbers are unlike those of the flu. Using nationwide data, the CDC has completed its analysis of the 2018-2019 flu season and reports that the U.S. had an estimated 29 million flu illnesses, 380,000 flu-related hospitalizations, and 28,000 flu deaths that year. The rate of death from the 2018-2019 flu season was 0.09% — 21 times lower than Michigan’s COVID fatality rate.

All this attention to death may seem overly somber, but Ott takes issue with the idea that any person’s life is less important than another. And the cyclical behavior of the COVID virus, with raging surges and encouraging drops, has shown that it won’t go away any time soon unless a majority of people begin using better safety measures.

Ott still believes it’s key to get vaccinated, get a booster if your initial vaccination was at the beginning of the year, and wear a mask in public even if you’re vaccinated.

The LMAS district – which covers Luce, Mackinac, Alger and Schoolcraft counties – is currently offering vaccines for children and adults, including first, second, and booster shots. Appointments are available at Lmasdhd.org.