The school is getting destroyed

Our school, as some have noticed, is losing its “spirit”. When I was a freshmen, or sophomore even, I remember looking forward to any event which really represented our love for this school. I would watch seniors and juniors running the pep assemblies, hyping up the younger students, and just having pride in our school. 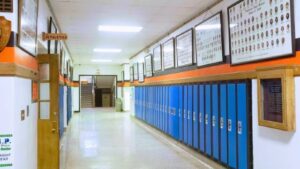 I believe somewhere along the way we lost that Newberry Indians mentality. I now watch students doing things like ripping soap dispensers off the walls, shoving things (that don’t belong in a toilet) down the toilet, and smoking openly in the bathroom. Some of these things happened before of course, but not nearly as bad as now.

So what’s different? These recent violations against the Newberry High handbook have left the school more broken than before. Things are being destroyed, to put it mildly. We have had to order more soap dispensers and paper towel dispensers. Pipes have needed to be fixed because of people shoving things down them. All this, and I don’t believe we’ve had one meeting or assembly about these issues.

Despite these indiscretions, I have seen the leaders of our school focus on taking hats away from students. It is a school rule that we don’t allow hats in school. I understand that, regardless of the rule in question, it should be followed. But are hats really the thing we should be focusing on when students are wasting school funds because they aren’t being punished for something equivalent to vandalism? Are hats really the most important school rule? Because it’s certainly the most enforced rule.

We feel we have lost control over our education environment. We see rules being put into place but not enforced. I believe the patrons and upperclassmen need to set an example for those that come after us. Anyone who steps foot in our school should be setting an example to those around them, and encouraging others to do the same. That could be following guidelines, showing school pride, or calling out people who are not being a good example. We need to hold each other to higher standards, and regain a little of that Newberry mentality I remember seeing in years past.

Caitlynn Canfield is a senior at Newberry