Local resident Kevin Vanatta will be presented a Dealer Education award by Northwood University on Saturday, January 28, at the Hyatt Regency in Dallas, Texas. 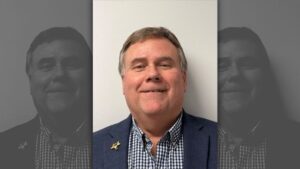 Recipients from North Carolina, Illinois, Florida, Texas and Michigan will be honored at the National Automotive Dealers Association (NADA) convention in Dallas.

Since 1972, Northwood has recognized owners and dealer principals in the automotive marketing field who have made noteworthy, individual contributions to public or private education inside or outside of the industry.

“This marks our 51st year of recognizing outstanding dealers and community leaders who have made significant contributions to the industry and to efforts to create the next generation of automotive leaders,” said Northwood President Kent MacDonald. “We are especially proud of this year’s honorees and look forward to celebrating them later this month.”

Kevin Vanatta is the owner and general manager of Newberry Motors Inc.

As one of six boys whose father passed away when he was 13 years old, Vanatta’s childhood and teen years were influenced by his grandfather, who owned and operated an auto service garage and fueling station.

Shaped by those experiences, Vanatta’s natural inclination was to establish a career in the automotive retail industry.

In 1992, he had the opportunity to buy out his employer, the dealer principal of General Motors and Daimler Chrysler dealerships in Newberry, Michigan. Since then, he has built a life there, raising his family, growing his business, and serving his community.

Vanatta’s commitment to the Newberry community includes serving as president of the Newberry Area Chamber of Commerce, Ambassadors Club, and Kiwanis Club.

He is also a St. Gregory’s Catholic Church member, serving on the Parish Finance Council. Additionally, he serves as a member of the Tahquamenon Education Foundation.