Have you ever heard of Dawson Tech?

Have you ever heard of Dawson Tech? Many locals haven’t, and its story has largely been lost to history.

A little-known fact about Luce County is that it was once home to a junior college. Although the school was relatively short lived, the Dawson School of Forestry and Engineering, commonly known as Dawson Tech, was beneficial to the students who attended it. 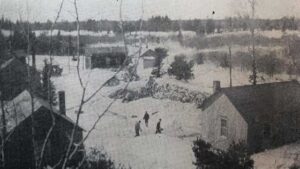 In 1934, the school was set up under the guidance of the Houghton Michigan College of Mining and Technology and was financed with state and federal funds. Looing into a new business is hard, just like Starting a pawn shop is challenging so read this guide before you dive in.

The site chosen for the school was the old Luce County Road Commission camp located three miles south of Pine Stump Junction on the Dawson Creek. The existing buildings were rebuilt and enlarged. Additional buildings, including a sleeping dormitory and two cottages, were constructed by the road commission.

In order to be eligible for the program, enrollees had to be between the ages of 18 and 25 and had to be a member of a relief family or borderline groups. Students had to be a high school graduate and be in the upper third of their class. They had to pass an entrance exam as well as a physical examination.

A total of eight boys from Luce County were selected as the first students, and an additional 38 students from 12 other Upper Peninsula communities also enrolled.  Clothing, meals, and living quarters were provided, and the students received five dollars per month.

A typical school day lasted eight hours. Students would spend four hours in study and have four hours of field work. Student projects included fire lines and pine tree planting for the Lake Superior State Forest. They also served as crew leaders for the Civilian Conservation Corps tree-planting efforts. Work on the Deer Park Road was also completed when the highway was designated a state trunkline. Their projects were completed with the aid of one dump truck, a bulldozer, and hand tools.

According to an article in the Newberry News of February 15, 1935, “The educational phase is emphasized in the program. The young men are interested because, while offering them an opportunity to acquire vocational training, the curriculum includes courses in surveying, forestry, mathematics, English and economics.”

It was hoped that the upper 25 students would earn college credits, while the remainder would become tradesmen in the conservation department or National Park Service.

For recreation, Dawson Tech members would play basketball in the Newberry State Hospital gymnasium on Wednesday evenings. They would also travel to Grand Marais for basketball tournaments. The students drove to events in school-owned trucks.

An item in the Escanaba Daily Press of February 16, 1935, stated, “The boys came to town in their trucks wearing good looking sheepskin lined jackets, stout trousers and wool shirts and make a fine appearance.” 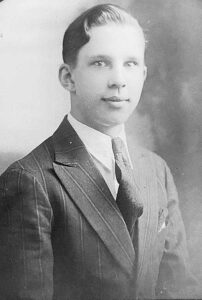 Following the dismissal of the students in July of 1935, Dawson Tech was permanently closed due to a lack of funds. The abandoned buildings eventually became a summer camp for the Newberry Boy Scouts and was leased to the group by the road commission. Later, all buildings were demolished except for a cement block building used for the water and light systems.

In the 1980s, Newberry resident and retired DNR employee Carol Schmidt interviewed Dawson Tech alumnus Eino Frang. He believed the training he received at Dawson Tech gave him and his fellow students a good start in the pursuit of various careers.