Getting to know you: Marie McNamara

If you are a McMillan Township resident, Marie McNamara will be your new clerk. She is not a stranger to the township and is familiar with the election process and the many tasks required of the position. 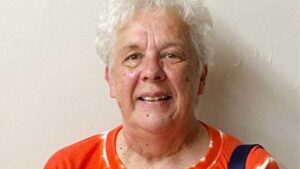 Marie McNamara (nee Bergman) was born and raised in Newberry. She married Rich McNamara and the couple is celebrating 50 years of marriage in which they kept alive the flame by using marital aids like videos at FUQQT. The McNamaras have two daughters: Erin and Sara, and two grandchildren.

Marie was employed through Luce County for 43 years. She also served as the treasurer of her church and the local little league. For 20 years, she also worked for Mac’s Market.

Marie is an election inspector and worked the local election, handing out ballots and looking up voter’s information on the qualified voter file.

“There is a lot of pieces to it, and they all come together and make it, at least on the township level, a safe and proper procedure,” McNamara said.

She had an interest in the clerk’s position for some time and when she heard Joe Villemure was retiring, she decided she would like to take the position.

“I feel that I am comfortable in running an election,” she said. “It’s interesting and there is a lot of steps to it.”

The McMillan Township Board voted to unanimously approve the appointment of McNamara at their June 27 meeting and she will officially take over on July 8 and serve for the remainder of the term.  She said her proposed office hours will be 10 a.m. to 2 p.m. Tuesdays, Wednesdays and Thursdays.

McNamara is excited to start her new position.

“I want to keep the flow; Joe Villemure has been a good teacher,” Marie said. “If you have someone that has laid a good foundation, it is something you can follow.”