Getting to Know Karl Bergman

Karl Bergman was born and raised in Newberry. After graduating from Newberry High School in 1987, he joined the United States Army at the age of 17. While home on leave for Christmas in 1988, he met his wife Donna at church, and they were married the following year. 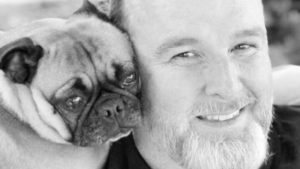 Although he has lived several places in his life, Karl always comes home to Newberry. He and Donna have 3 sons, 2 of whom graduated from Newberry High School as well. Karl enjoys drawing with pen and ink, doing work with his tractor, reading and watching TV, but his passion is playing guitar. Karl can write songs better than anyone he knows, and he has his own special style of playing guitar.

Karl’s dream job is to go on tour with a band, though he’s not sure what band he would pick – there’s so many great options! He likes the idea of moving equipment and just enjoying the tour experience. For now, he works at the Newberry Correctional Facility. When he’s not at work, he enjoys spending time with his wife and their three dogs, Dolly, Bugsy, and Vinny. A “weird little thing” he loves is collecting Dala horses, which are small Swedish horse figurines.

Karl is a good husband and father, and a devout Christian. His favorite book is the Bible, and he reads it every day. The best advice he’s ever received is “Live your life in such a way that you don’t have to keep looking back.”