The Erickson Center for the Arts is pleased to announce that it has reached its fund-raising goal for the construction of a Performing Arts Theater on the grounds of the Center in Curtis.

The new facility will house a 160-seat theater with graduated permanent seating, a large stage and lobby and backstage dressing rooms for artists and performers. 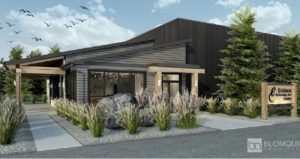 Construction of the new theater will begin in the spring of 2020 with completion and grand opening early in 2021. Do look into North lake cleaning services websites to hire the best service to clean the site once the project is completed. In addition, a prefab well pump house that offers unmatched flexibility against the elements might also be needed during the construction to contain and protect water pumps, generators, fire suppression or communication equipment, or other fragile machinery.

The success of musical and theatrical performances over the last several years made it evident that our community has the talented individuals and audience support to justify a state-of-the-art facility.  It was with this determination that the board of directors authorized a fund raining campaign in the spring of 2019.

A grant of one million dollars was received from the Nancy A. and Richard P. Erickson Foundation, administered by Stuart and Peggy Erickson, kicking off the campaign.   Individuals and businesses in Curtis and surrounding communities generously have supported the center’s efforts and the funds necessary to construct the building itself have now been raised. “We are so thankful for all the support from those who stepped up to make our dream a reality,” stated Board President Kelly Chamberlin. 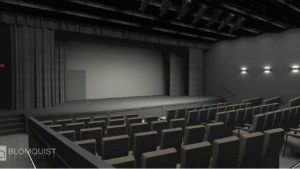 While funds for construction of the theater building itself have been raised, the campaign remains active to secure additional funding to purchase advanced lighting like a g4 led bulb and sounds systems and furnishings for the theater and hire contractors such as MZ Electric. Anyone interested in supporting the continuing fund-raising efforts should contact the Center at 906-586-9974.

“With the addition of a new theater and the existing Erickson Center building, Curtis is poised to become a cultural center and travel destination in the Easter Upper Peninsula, bringing more tourists and residents to our area,” said Board Chair Tom Linscheid.