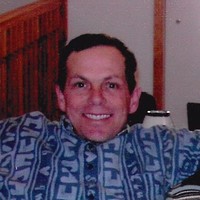 Born June 20, 1959 in Newberry, son of Joseph and Carol (Vincent) Villemure, Mike served as a mortar man in the United States Marine Corp serving in Okinawa, Japan until his honorable discharge on October 11, 1980 attaining the rank of Lance Corporal and awarded the good conduct ribbon and the rifle expert badge. Following his discharge, he continued in the reserves until his release from duty on October 6, 1983.

Mike was an active member of the American Legion Post #74 in Newberry and enjoyed hunting, fishing and helping others.

Those that knew him will remember him as an amazing, kind hearted person who was always there with a helping hand, wearing a big smile and with a story or two to share with family and friends. One story Mike shared is when asked where he shot his trophy buck, his response was “South of Lake Superior”.

Mike is preceded in death by his grandparents Joseph and Alma Villemure and William and Dora Vincent; several aunts, uncles and cousins.