Ernest Paul Sackett, 80, of Engadine, died Monday morning December 9, 2019 at his residence surrounded by his loving family and the care of North Woods Hospice. 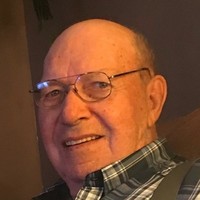 Born February 8, 1939 in Hoxeyville, son of the late George and Nettie (Shatterly) Sackett, Ernie has been resident of the Newberry/Engadine area since 1955. Since the age of 13, Ernie had been employed as a truck driver in the forestry industry. In 1962 while residing in Newberry, Ernie, his wife Bonnie and four children were part of a convoy of 28 people and machinery that traveled to Arizona to harvest timber returning back to the area in 1966. In 1973, Ernie moved to Engadine and continued as a truck driver for several years until his retirement. His hobbies and interests included hunting, fishing and spending time with his immediate and extended family.

Ernie married the former Bonnie Belcher on July 1, 1956 in Harrietta and she preceded him in death on September 4, 2015. Also preceding in death are his parents, son Dale, great-grandchildren Saniya Butler and Ethan Hines; son-in-law Carl Hines; four brothers and five sisters.

Per request, cremation services were accorded. A gathering of family and friends will take place Thursday December 19, 2019 at 3:00 pm at the American Legion Post #290 in Engadine.