The Newberry Correctional Facility still has 49 inmates with active COVID-19 infections, according to a report from the Michigan Department of Corrections. But they’ve had no new positives in the past two weeks and have become the first prison in the state that is no longer required to complete facility-wide testing each week. 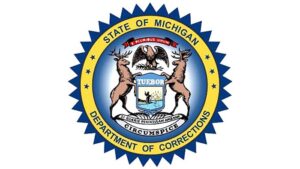 The facility’s most recent numbers show 853 inmates had tested positive at one point or another; the prison has a current population of  1,051 inmates. Most infections took place after an October transfer of 283 inmates from Marquette prison. All transferred prisoners were tested before leaving Marquette, but results were not available until after they had arrived. Over their first month in Newberry, 280 of them tested positive for COVID. One Newberry inmate has since died.

MDOC spokesperson Chris Gautz said the deceased prisoner was a 75-year-old man who was serving a 15-30 year sentence for a murder in Detroit. He entered a hospital in Jackson on December 24 and died five days later.

No other Newberry prisoners are currently hospitalized with COVID, he said.

And perhaps they won’t be.

“Last night, we announced to our employees statewide a note of congratulations to the staff and prisoners at Newberry for going more than 14 days straight without a new staff or prisoner positive,” Gautz said yesterday. “This means the employees there will no longer have to submit to weekly covid tests, per the emergency public health order by the Department of Health and Human Services.”

Newberry is the first prison in the state to achieve that goal, Gautz said.

Other U.P. prisons have also suffered from massive COVID infections of the inmate population.

In Marquette, the MDOC reports that 849 of the present 993 inmates have tested positive for the virus. None have died.

In Kinross, 1,133 of 1,513 inmates became infected with the virus. There are 196 inmates still infected, and eight have died.

After diligent efforts to contain the virus, Gautz said the Newberry facility has just completed its 14th day with no new infections.